What did Joseph Conrad say?  "There is a taint of death in lies."

On the other hand, Graham Greene wrote, "The truth, he thought, has never been of any real value to any human being—it's a symbol for mathematicians and philosophers to pursue. In human relations kindness and lies are worth a thousand truths."

We all lie.  Most of the time it's for expediency.  You just don't want to do something, go somewhere, see someone.  Or you don't want to express your true opinion of something--the food you've just eaten at a friend's house, the gift you've been given.

There are bigger and more significant lies, of course.  Some quite malicious and harmful, some inexcusable.  Some that cause permanent damage, betray great trusts, lead you to do things harmful to yourself.  Some lies must be called out.  Some lies stink.  And the more powerful you are, the easier it is to get away with your lies.  We all know that.  And sometimes it is hard to tell the truth, but necessary.  I don't always live up to that.  In fact, most often I don't.

I'm with Graham Greene, though.  The idea that you should never lie, that you're a horrible person if you do, tells me that the speaker does not understand the human heart or human relations, as Greene put it.

Tennessee Williams understood this very well.  A brave and uncompromising artist, he knew that often morality depends on circumstance.  That it can be nuanced.  In A Streetcar Named Desire, Mitch confronts Blanche when he learns about her sordid past in Mississippi:

MITCH: You lied to me, Blanche.
BLANCHE: Don't say I lied to you...
MITCH: Lies! Lies, inside and out, all lies.
BLANCHE: Never inside, I didn't lie in my heart. 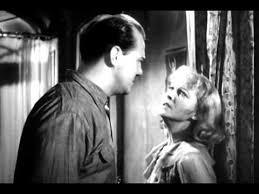 How can you not lie in your heart and lie with your words?  You can.  If he believed Blanche, would Mitch have lived happily ever after with her?  I don't know. Tennessee never makes these things easy for you.  He never lies artistically.

People can use the truth to hurt others.  They can hide behind the maxim, "Telling the truth is always better than lying."  Then they take that "truth" and stab the person in the gut with it, humiliate them, make them feel small.  Add alcohol, and you have emotional razor blades across the face.

I do know that when I lie, I always feel a wave of guilt.  If I think my lying will save a person some shame, some humiliation, some pain, I get over that guilt almost immediately.  But if the reason for the lie is more to prevent me from facing something I don't want to face, then that wave doesn't go away.

The problem, for me, can be admitting the difference.

Posted by Richard Goodman at 7:18 AM