My own private Gutenberg


In 1957, my Uncle Bob gave me a Smith Corona Galaxie II Manual Typewriter for my twelfth birthday. It was the best gift I've ever received. It was the most loyal, steadfast companion through my years of struggling to write. Always there, no matter what time of day—pre-dawn, mid-day, early afternoon, late night—ready, willing and able. I would open the clunky metal case, and those white keys were poised, at strict attention, as if to say, "Come on! Go ahead, just pound my keys! That’s what I’m made for!"

And pound those keys I did. I type with two fingers, but I type with a vengeance. I type hard. It’s almost as if I'm furious at those keys. I love typing like that, with gusto, and I believe that’s the way manual typewriters are made to be used. When I strike a typewriter key, I feel a link to Gutenberg and his press. The key you strike in turn activates a slim metal arm, the head of which slaps hard against the page. It makes an impression of a single letter, a dark inky impression. The impressions even bleed slightly; they're inky blossoms.

I typed I don’t know how many thousands of pages on my Galaxie II typewriter through the years. I typed the manuscript of my first book, and I remember holding it lovingly before I sent it off to my agent. It was just 100 pages at the time, eventually grew to be 203, but it was all typed, every single letter, every word, slapped on the page by me and my Galaxie II. I typed essays. I typed poems. I typed stories and laments and so many bad pieces of writing, but even bad writing has a kind of basic dignity to it on the typewriter.  Try it, if you don’t believe me. This very sentence—written heretically on a computer!—would have a rough unique elegance if it were typed.

My typewriter stood up astonishingly well under all the irate and passionate pounding I subjected it to. Strong as an ox. Stronger. But once in a while, something happened. The head of an arm just couldn’t take my abuse anymore and gave up the ghost, tumbling off along with the letter it represented. I’ve seen “P” wounded gravely. I’ve seen “S” die. I’ve even seen “!” get very ill. When that happened, I took my Smith Corona to a typewriter repair shop with all the worry and fretfulness of a cat owner bringing his sick tabby to the veterinarian. And I had the exact same question asked with the exact same tone, “Can you…make it well?” Luckily, having lived most of my writing life in New York City, there were several reputable and reliable typewriter docs who gave my Galaxie II the expert care it needed.

I kept it for forty good years, until, finally, it collapsed and gave up the ghost. It had gone through many operations, transplants, bypasses, and shunts until its poor body just couldn’t hold up any more. I hardly recognized it at that point, it had so many additions from so many other machines—terminally ill typewriters that had selflessly donated their metal organs so that my typewriter might live. Still, it was a dark day when, with great sadness and solemnity, I let it go. I still think about it, even now.

Smith Corona Galaxie II, thanks for the great ride.
Posted by Richard Goodman at 8:05 AM 4 comments:


I walk down the hallway to the class I'm going to teach today. A colleague, a woman in the administration, stops me. She asks me how I am. Reflexively, she puts her hand on my forearm. The touch, nonsexual (in so far that a woman's touch ever can be) is so welcome. The feel of intimacy. Of her warm hand on my arm. However briefly.

I once knew a woman, many years ago, (how can I be saying "many years ago"?) who said to me, "It's not good to go a single say without being touched."

How about weeks? Months? Even years? This goes for men as well as for women, of course. But I don't talk to the men I know about this type of thing. I have talked to women about it, though. Usually, women my age (sixty-eight) or round about. Many of them admit the need, but have given up on being touched. They've given up partly because they are tired of dealing with failed relationships and lousy men. "Too many jerks out there," one woman told me. "I'd rather be alone." Or something like that.

Yes, I see that. But something essential dies when we give up on the idea of being touched. Of sitting next to someone on the couch, bodies glancing. Of walking into the kitchen and placing a hand around his or her shoulder. Of putting your arm around him or her in the movies. Of getting into bed and feeling the warm, loved body next to you.

To live a solitary life may be better than living with someone you can't stand. Grant you that. But on the other hand, living alone, as a way of life, is not good. Or natural. Or healthy. Say what you will. Of course, do what you want to do. Free country. Individual choice. But, you know, bullshit.

Without touch, I can feel myself withering.

On my way back down the same hallway at school, I greet a woman from another floor I haven't seen since the college break. We embrace. "Happy New Year," I say to her, my arms around her, feeling her hair against my cheek. Her. I can feel that both of us hold on for a few seconds longer than collegial protocol. She's alone. So am I. Though it remains unspoken, we both know we don't want to release. But we do. Because we have to. 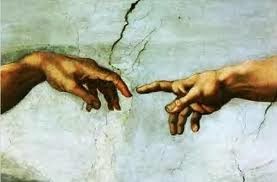 The pianist who hummed


In 1955, a slim, pale twenty-two year old Canadian pianist walked into Columbia Records studio in New York City to record some Bach variations. My uncle, Howard Scott, was going to be the producer of this record. The pianist was Glenn Gould. The record that emerged from the six days spent in the studio in mid-June was The Goldberg Variations. It was a record that upended the classical music world.

It is very difficult today to convey the impact this record had, particularly in 1950s America. Yes, there are household names in the classical music world today. Yo Yo Ma comes to mind. But no one that I know off has astonished and awakened the listening world like Glenn Gould did with his first LP. The shock tremors, though distant now, are still being experienced.


I don't remember when I first started to listen to Howard's stories about that mythical recording session and the quirky, perfectionist Gould. Probably after I was in college and learned a little something about music. Howard was amused and fascinated by Gould, and put up with his Madonna-like demands. Gould sat extremely low at the piano, for example. If the chair wasn't low enough to suit him, he had the legs cut down to size. He hummed while he played—loudly. You can hear him on the record. There's nothing technology could ever do to quell that. (My uncle once gave him a gas mask to wear as a gag to muffle the humming.) He played Back at Mach 3 speed, the notes emerging with the rapidity of a bag of marbles emptied onto the floor.


Some musicians found Glenn Gould's interpretations of music not only eccentric but exasperating. Still, there was so much wonder in his playing, he earned their respect. The great conductor George Szell said of Gould, "That nut's a genius." Later, Gould stopped performing in public and retreated to his Toronto home. He would only record. He loved radio, and he would often give late night interviews on the air from a studio he had in his home. He died young, at 50. I know that Howard was proud of being part of Glenn Gould's momentous recording debut, as well he should have been. In turn, I was proud that Howard was my uncle. Sometimes, for pure effect, I'd bring it up, say, at a party. "You know Glenn Gould's Goldberg Variations? Well, my Uncle Howard produced that record." From those who knew the record, I got what I was looking for: wide eyes, a step backward and, "Really?"


Listening as a young man about to try to have a go at it as a writer, I was intimately aware, for the first time in my life, of what a living artist could do. He could walk into a studio and change the way people thought about music. Or at least about a composer. And people did think about Bach differently after Glenn Gould's recording of The Goldberg Variations. In the 1950s in America, artists were not role models, believe me. But when my uncle spun his stories, and when I listened to the record and to the peregrine falcon flight of Gould's hands across the keys, I felt what one single person could do with, as Stephen Sondheim (a fan of Gould's) put it, "skill in the service of passion." Gould was like a god. In six days in the studio in New York, he created a heaven and an earth, gorgeous and substantial. That he was slightly strange ("He showed up in the studio on a broiling hot summer day in an overcoat and gloves," Howard said to me once, laughing) made it all the more appealing.


I would not, I was pretty certain, ever reach the equivalent heights of a Glenn Gould as a writer. But I was damn sure going to try.

Posted by Richard Goodman at 6:26 AM 6 comments:

Lusting after my friends' mothers


Well, naturally, I fell in love with my own mother first. But since my dad was the jealous type, it was out of the question.

But--ha ha ha--there were others! There was Alice's mother. Dudley's mother. Billy's mother. Beautiful, desirable women. I didn't know what desirable meant then, but that's what they were. I guess I must have been about seven or eight when I first began to want these women seriously. They were tall--of course they were tall.  Anyone over five feet was a giant to the squirt I was. They had lovely skin and lickstipped lips and earrings and they smelled wonderful and they had pretty legs and they had breasts.

I wanted them in the worst way. God knew what he was doing when he invented perfume and the brassiere. Not to mention earrings and fingernail polish and Tidewater, Virginia voices that asked me how I was doing in school. But God was also mean, because he didn't give me one of these beautiful mothers for myself. Whenever I saw them--whether it was at my house or at their kids' house--I felt like had been put in the San Quentin of love. There was an invisible chain link fence between me and them.

And what really drove me out of mind my was the question I asked myself: Why couldn't I have them, or at least one of them? I appreciated them! I admired them! I found them beautiful! I loved them!!!

Oh the scenarios I played out in my mind!

"Miz Thompson, I can lift a chair all by myself!"

"My goodness, Richie, let me kiss you on the lips while I hold you against my chest!"

"Miz Winston, you're really pretty for a mom."

"Richie, I'm leaving my husband. Come inside the bedroom! Quick!"

That just wouldn't have been right, though. 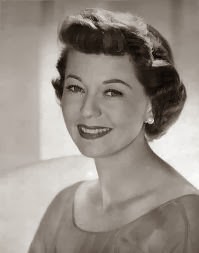