From time to time, I meet someone who says, "I never lie."

I don't believe them.
It's almost impossible for me to go through the day without telling a lie.  I lie in order not to hurt someone, for example.  Of course, the truth isn't necessarily called for when not asked for.  But sometimes you're asked for it, and sometimes it's better not to provide it.  If they ask you, are you going to tell your child she or he wasn't less than wonderful in the school recital?  And if you do tell them they just weren't that good—which is the truth, mind you!—well, go live with the look on their face.
But, hey, you can say you never lie.  Good for you.

Someone asked playwright Tracy Letts what he says when he sees a play written by a friend that he thinks is awful and the friend asks him his opinion.

I agree with what one of Graham Greene's characters has to say about this:  "The truth, he thought, has never been of any real value to any human being—it is a symbol for mathematicians to pursue.  In human relations kindness and lies are worth a thousand truths."

Of course, sometimes lying is despicable.  If the intent is to deceive, to cause harm, simply to gain an advantage, well, it's ugly.  Sometimes you have to tell the truth.  You're a coward if you don't.  I often fail here.  I lie when I shouldn't.  Not proud of that.

I side with Tennessee Williams.  I trust his sense of morality.  In A Streetcar Named Desire, Mitch confronts Blanche with some unsavory details about her past: 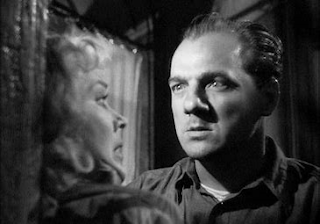 TW was the same guy who said the worst sin is deliberate cruelty.  And a lot of times a well-fabricated lie prevents me from being deliberately cruel.  In those moments, I'm content to be a liar.
A great friend of mine, who tells the truth faithfully more than anyone I've ever known, said to me recently, "I've made a vow not to lie to myself anymore."
Now that is a different story.
Posted by Richard Goodman at 6:29 AM