One of the profound changes wrought by aging is how much sustenance I take from memories.  At 74, I live off them like oxygen.  I breathe them in and out.

Memory evokes joy and melancholy now, of a life more lived than will be lived.  The difference becomes more striking every day.  Those long-gone times are set.  I look at them as old home movies, wishing I could change the action or the script, the ending, but time, the Director, won't have it.

In New York, where I lived for so many years, every block, every street even, elicits ghosts and echoes, a catalyst for some reverie in my mind of things done and, worse, things not done.

I am attending in my mind a retrospective of my life’s work.  It's sobering.

A walk down Greene Street in New York’s Soho is a walk down two streets.  The first is the Greene Street of today.  Underneath, covered over by time, revealed like the paleontologist’s brush, is the Greene Street of 1979, of forty years ago, that I knew so well.  In those days, as a young man, I would walk from my apartment in Greenwich Village to a loft at 55 Greene Street for my weekly writers group meeting.  The film shows a single evening, in summer.  I’m standing outside the door at 55 Greene.  There is no bell to the illegal loft my friend is living in.  I shout up to the window.  It opens, a hand extends with a key, lets it fall.  I pick it up, use it to open the large steel door and then walk up a flight of very wide stairs to the loft.  Inside, eager young writers await.

I see that young man going to meet with his fellow aspiring writers, to put his writing into their hands and have them put their writing into his.  Back then, all of us were subsisting on a strict regimen of dreams, fueled by the most open and hopeful part of us.  If only I'd written more.

Today, these people are all scattered to the four winds.  One is dead.

When I walk down East Tenth Street, I walk into joy and failure.  At 110, between Second and Third, where I lived for four years, I watch that young man, and I tell him: be more trusting of that woman you’re living with.  She loves you and believes in you.  Don’t discard her love.  Be braver.  Give your heart to her.

The young man I was doesn’t listen.

I replay the cinema of the past.  There is hardly a place or situation where I wouldn’t want a second take.  Or a third.  But all the films of my life were shot in one take.  There were no second takes.  There never are.  “Good enough!” says the Director.  “Print it.” 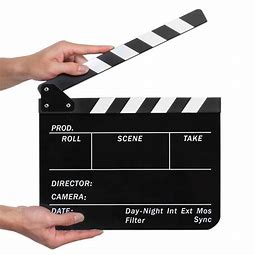 “Next shot,” the Director says.

Posted by Richard Goodman at 7:28 AM